Humans are never satisfied with the faces they are given. They always want a few changes in their faces which often call for surgeries or other treatments. When it comes to the nose, extremely few people have beautiful noses and most are often disappointed with it. We all want our noses to be narrower and beautiful in all terms. For this purpose, various treatments are available around the globe. Among those is surgical nose job which is rhinoplasty and non-surgical rhinoplasty which is also called nose-fillers. Nose fillers are a lot better than traditional rhinoplasty because it has lower risks while the outcomes are similar.

What are nose fillers?

Nose fillers are a non-surgical treatment that requires injecting of Hyaluronic Acid fillers inside the skin. The fillers are used to sculpt the nose by adding volume to the nose with preciseness. These are made of the acid’s gel which is compatible with the human body.
Nose fillers are given to add height and projection to the nose by first applying the numbing formula on the nose and then the fillers are added to the bridge and tip of the nose. Mild swelling can occur at the injection point but these effects subside after a day. The nose fillers last up to 12 months after the treatment.

Benefits of the nose fillers:

The non-surgical procedure means less risk, fewer side effects and less downtime while giving similar results. By injecting these dermal fillers below and above the bump of the nose, most noses can become completely straight. Moreover, by applying it on the tip, the noses become thinner and refined. By further applying Botox in the depressor nasalis which is the muscle that pulls down the nose, the tip of the nose is lifted further. The nose fillers take just five minutes and are painless to improve the shape of the nose. Whereas the surgical rhinoplasty takes longer to work usually a month or even more and sometimes the result is also not accurate.

The pros that the non-surgical nose fillers entail are as follows:

The nose fillers a better option as compared to the surgical procedures and one must give it a try. 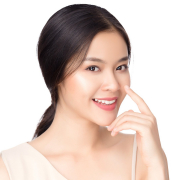 Things you need to know about nose fillers

Getting a nose filler in Singapore
0 replies

Want to join the discussion?
Feel free to contribute!

What to consider while getting acne scar treatment
Scroll to top